Microsoft’s next surprise is free Office for iPad, iPhone, and Android

You are here:
November 10, 2014Leave a commentUncategorizedBy Jamie Watson 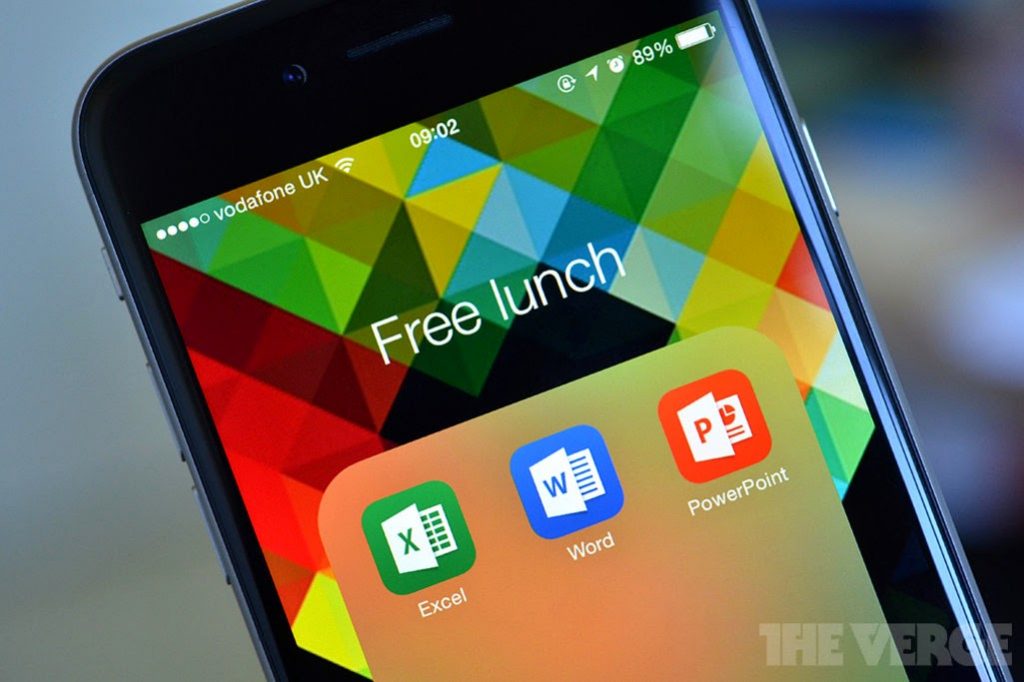 Microsoft’s Office suite for iPad, iPhone, and Android is now free. In a surprise move, the software giant is shaking up its mobile Office strategy to keep consumers hooked to Word, Excel, and PowerPoint documents. Starting today, you’ll no longer need an Office 365 subscription to edit documents or store them in the cloud. The move comes just days after Microsoft announced a strategic partnership with Dropbox to integrate the cloud storage service into Office across desktop, mobile, and the web. You can now download Office for iPad and store all your documents on Dropbox without paying Microsoft anything at all. Microsoft is also releasing a brand new iPhone app today, alongside a preview of Office for Android tablets, all with Dropbox integration.

Free mobile Office sounds crazy, but is it really?

Microsoft’s plans might sound crazy to most, and at first glance it’s easy to come to that conclusion, but the company argues it’s a matter of moving its free web apps to mobile. “It’s an extension of the strategy that we’ve got,” explains Microsoft’s head of Office marketing Michael Atalla. “It’s not a total strategic shift, as much of an extension of the existing strategy.” Microsoft offers free Office apps online, and Atalla argues that recent development model changes inside Microsoft have allowed the company to open up editing functionality to mobile clients. “We’re taking that same user experience we provide online to the native apps of iOS and Android. We want to make sure that our customers can be productive across all the devices they have.”
While consumers using Office mobile will be able to access the apps for free, Microsoft isn’t extending this free functionality to businesses. An Office 365 subscription will be required to edit documents that are stored on OneDrive for Business or Dropbox for business, a clear sign of how Microsoft will continue to generate money from the thousands of businesses that rely on its productivity suite and cloud platform. “There’s still premium value that we’ll add on top of that,” says Atalla. “There will still be subscription value, most clearly and easily identifiable in the commercial space, but also in the consumer space around advanced authoring, analysis, presentation, and unlimited storage with OneDrive.” Microsoft is also restricting some chart element customization and track changes to paid customers, making them premium features.
The key here appears to be a strategic move by Microsoft to keep Office competition out of the mobile space. It’s all too easy for competitors to build rival products and ship them for free on iPad, iPhone, and Android, offering premium features on top. Microsoft’s Office suite is dominant, which also means it’s ripe for disruption. If there’s a rival Office iPad app that’s free and easy to use, that could tempt consumers away from their preconceived reliance on Word, Excel, and PowerPoint. CloudOn, a gesture-based app for editing Office documents, has seen some early success here. Apple also offers its own iWork apps on iPad at no extra cost, and several rivals, including the maker of the popular Paper iPad app, are emerging to threaten Office on mobile. The nightmare situation for Microsoft is that consumers realize soon that they don’t need Office to create their resume or personal documents, so why should they pay for it on a smartphone or tablet where they’re used to getting free apps.
While Microsoft will never admit it, it’s that threat more than anything that has forced the company’s mobile shift here. “By in large we want that core authoring experience in front of all the users that love Office on any device they choose,” explains Atalla. That core authoring experience can help keep Office users hooked, and Microsoft doesn’t want to face a future where consumers, and eventually businesses, are no longer obsessing over Word, Excel, and PowerPoint. There’s also a play here to get consumers using OneDrive cloud storage and a Microsoft Account. Both of these can help Microsoft tempt consumers over to Office 365 for additional storage and the added benefit of Office for PC and Mac as part of a subscription. It’s a bold move from Microsoft, but also a defensive one. Microsoft’s competition will now have to look elsewhere to plot their Office attack.
androidiPhoneoffice
Share this post
FacebookTwitterLinkedIn
About the author

I started my career as most people do – at the bottom. After leaving college I went straight into an IT position at a Huddersfield based Chartered Accountants. It wasn’t long before they expanded overseas, giving me the perfect opportunity to develop my career. Whilst there, I also completed a computing qualification at the University of Leeds and polished my skills in Microsoft, Cisco, Lotus, Checkpoint, Citrix, A+ and Novell.